I noticed that most commercial beans are shiny/oily on the outside: 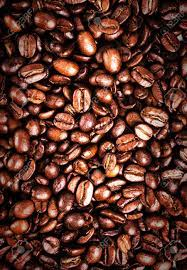 While the beans I normally use on my Espressos (blend of 80% Brazil Santos + 20% Colombia) are dull/opaque:

Being a curious mind I found that shine is a byproduct of higher temperature (read quicker) roast.

Obviously I went googling to see how it impacts brew quality and found several conflicting answers. What's the community opinion on this? Do slow-roast beans produce a better quality or does it not matter?

Wikipedia has an overview of different roast levels. Three of the roast levels in their overview mention an oils on the surface of the beans (emphasis mine):

Medium-dark brown with dry to tiny droplets or faint patches of oil, roast character is prominent. At the beginning of second crack, body is fully developed.

Moderate dark brown with light surface oil, more bittersweet, caramel flavor, acidity muted. In the middle of second crack. Any origin characteristics have become eclipsed by roast at this level

Dark brown, shiny with oil, deep caramel undertones, acidity diminished. At the end of second crack. Roast character is dominant, little of the inherent aroma or flavors of the coffee remain.

However, we know that there are die-hard devotees of dark roasted coffee and we were recently asked what the difference was between French Roast and Italian Roast.

They're both roasted quite darkly, so that they have an oily sheen to them after the roasting process is complete. With a French Roast, the temperature of the roast is high enough that these oils are brought to the surface and will impart a roasted flavor to the produced coffee or espresso. Aromas can vary from berry to citrus. Italian Roast is much darker and oilier than a French Roast and often preferred in Italy.

I don't think it makes sense to say that one is better than the other. In comparing the two, I think it's better look at light vs. dark roasts because there are more factors at play. As a general rule I would say that the darker the roast, the more prominent the roast profile becomes over the origin characteristics.

Another note about oily beans is that they can leave more residue in your grinder (and other parts of the machine where the beans pass through).

Not the answer you're looking for? Browse other questions tagged beans roasting roast or ask your own question.