What amount of coffee has an ototoxic effect after an acute noise exposure? I'm referring to this study: https://www.ncbi.nlm.nih.gov/m/pubmed/26940042/

I know that they use 25mg/kg which equals 1750mg for an average man, but I want to now if a moderate amount of caffeine impair hearing recovery for example after a gig. Here is a chart with the dose-effect curve: 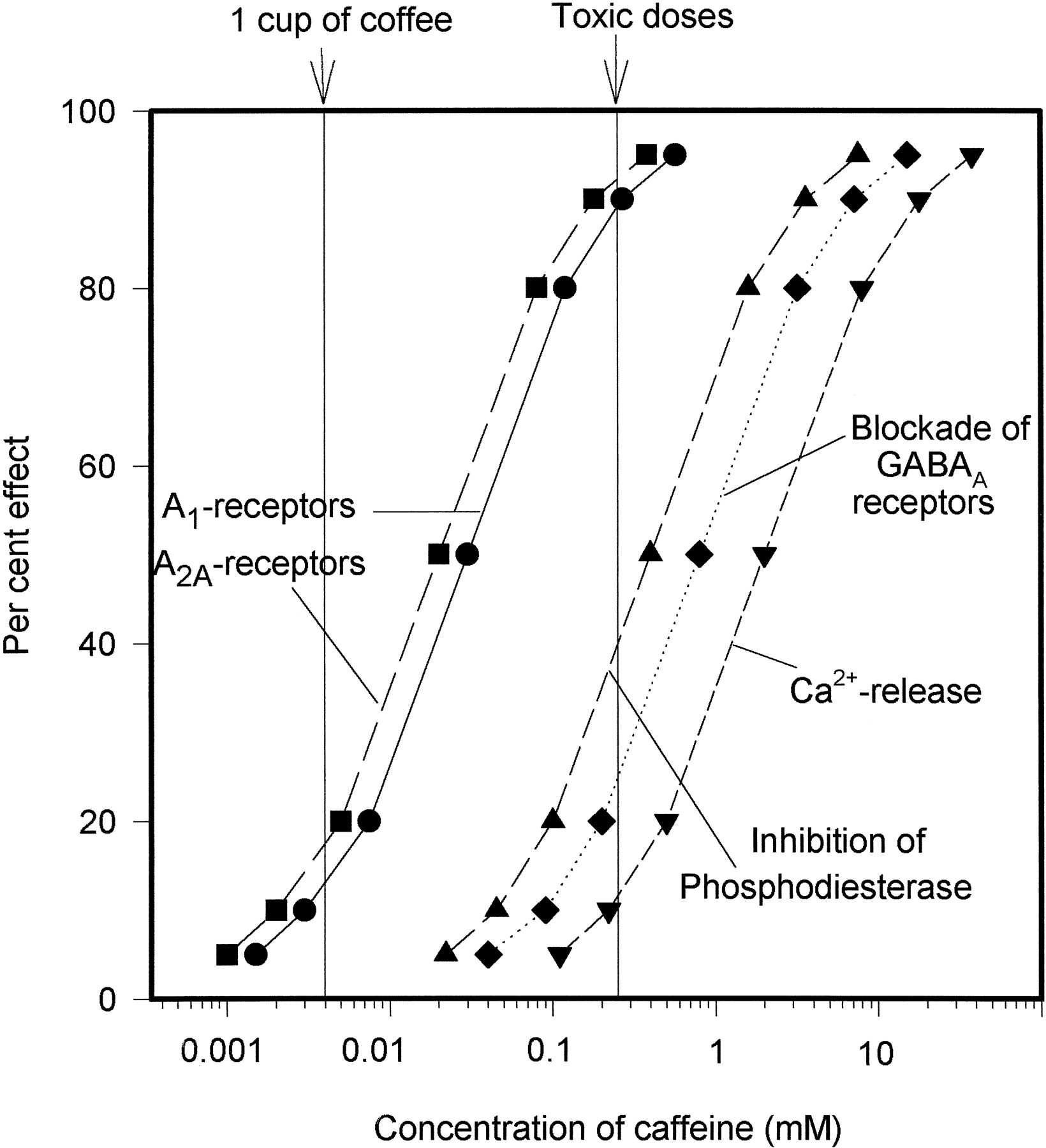 The study you found found an adverse effect in animals with an exceptionally high intake of caffeine. 25 mg/kg would equate to > 2,000 mg for an average adult (U.S. average, 82 kg) which is a huge amount of caffeine, about five times the maximum amount that is generally recognized as safe (GRAS).

Animal data does not always transfer well to human situations. And we have two statistically controlled major studies that are at some odds with the McGill findings.

These findings are interesting but they only suggest areas that merit more research. It is far from certain that the results would be accurate for humans. And even if you were to make that assumption, the only datum that you really have is that people who ingest huge amounts of caffeine, many fold above GRAS may have a slow recovery from acute hearing trauma or tinnitus.

It's not even known if the effects are permanent.

Perhaps you could clarify what article you intended to reference.

A brief review of the literature on caffeine, it's clinical monograph and pharmacology did not find claims that caffeine even in toxic overdoses is ototoxic.

Caffeine is implicated as causing or aggravating numerous otorhinolaryngological conditions, including tinnitus by clinicians. This is not claimed to be a causal relationship, but is ascribed to the vasoconstricting properties of caffeine. However two major reviews of the literature identified more than 417 papers a review of which concluded:

At present, there is little evidence in the literature to support the notion that caffeine causes or aggravates otorhinolaryngological conditions. In tinnitus, its withdrawal may actually worsen symptoms.

You want to know "what amount of coffee has an ototoxic effect after an acute noise exposure". As one might expect quantitative data in humans appears to be unavailable and it would be difficult to persuade a medical ethics review board to approve such a study. There is limited animal data available but it could not be applied to human cases with any meaningful credibility.

The characteristics of tinnitus in workers exposed to noise

The role of caffeine in otorhinolaryngology: guilty as charged?

(Comment) A reasonable assumption would be that a reasonable amount of caffeine (a few cups of coffee) after a music gig is unlikely to exacerbate hearing damage. Unproven but it's a reasonable stance.

Long before that becomes a real issue though you might avail yourself to professional quality hearing protection e.g. high-fidelity earplugs or IEMs designed for professional musicians.

Not the answer you're looking for? Browse other questions tagged health caffeine or ask your own question.

10
How to prevent calcium loss when drinking a lot of coffee?
10
How to weaken effects of caffeine after consumption
7
Does caffeine raise cholesterol (good or bad)?
13
Will I be addicted to caffeine?
8
How are caffeine pills made?
2
Is coffee/caffeine addictive?
2
How could you feel the caffeine effect most quickly?
4
Is there any difference (besides caffeine content) between decaf and regular coffee?