We have a Qm76 Evo Quick machine. When making a double shot , using a 30psi tamper, coffee did not flow from either spout, and when removing the portafilter it seemed to be under pressure, making a mess.

What am I doing wrong? And this is all new to me. Has been ok until today.

You have an upscale espresso machine with a standard, non-pressurized portafilter. So as you know there normally isn't any pressure in the portafilter when you go to remove it after a shot.

Backflushing can only be done on machines like yours that have a 3-way valve. And it's basically just putting a blind (sealed) basket or rubber disc into the portafilter and pulling three short shot cycles. That is put the portafilter, with a blind basket into the group then let the pump run for about 8 seconds, then stop the pump for a few seconds. Then repeat two more times before removing the portafilter.

When the portafilter does remain under pressure it means that the "3 way over-pressure valve" that normally relieves the group pressure is sticking. Or more precisely something in the expansion chamber is sticking or the internal E61 cam isn't moving completely smoothly.

The easiest way to check for scale (mineral) buildup on an E61 machine like yours is to remove the gicleur chamber nut and mushroom at the top of the E61 assembly and visually inspect the removed parts and the group head internals which will now be visible. 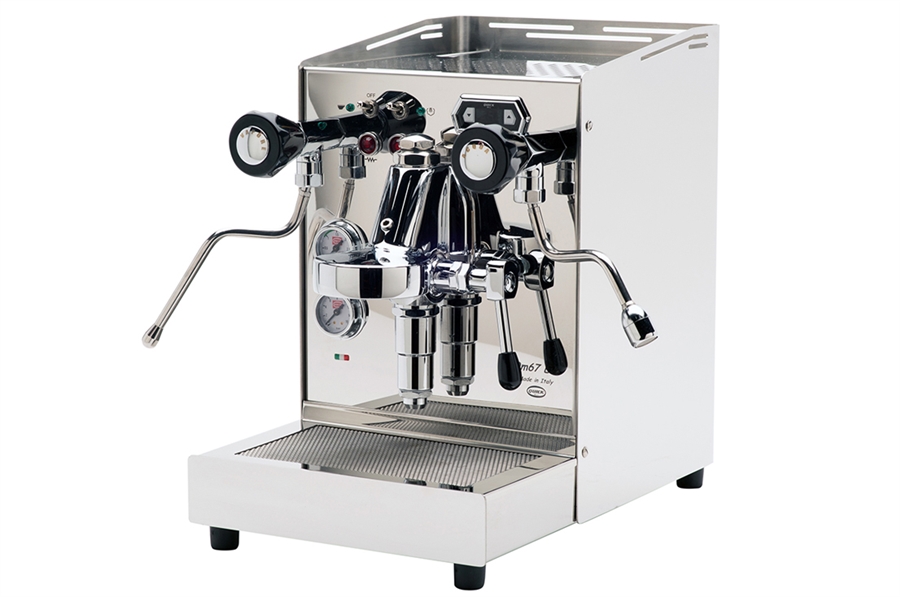 Not the answer you're looking for? Browse other questions tagged brewing-process or ask your own question.

8
What machine is Caffe Vergnano using to make my coffee?
10
Downsides of brewing espresso with high pressure?
6
Should I press the coffee into my espresso machine?
3
Why does my coffee at work have a paper/wood flavor?
2
Is it possible to make a frothy coffee without an espresso machine?
0
Quick Homemade Great Tasting Coffee vs Price?
3
How much leverage pressure is it needed to compress coffee for an espresso?
0
In search of a Hot Bean to Coffee Cup Machine