How acidic is Liberica compared to Arabica and Robusta?

Today, during a discussion on acidity I realized that I could compare the acidity of the two main species. It's common knowledge that Robusta beans are generally more acidic than Arabica beans. But, what about Liberica?

And maybe a follow up question: could we have a picture of general characteristics of Liberica?

Today I had a coffee tasting of Liberica on various roast levels. I can say that Liberica is totally different from Arabica and Robusta.

I would say Robusta lover may not prefer Liberica, but if you found Arabica and Robusta is too bitter, you may love Liberica wich is full of aftertaste flavours if roasted right. A mid range Liberica is comparable to a high grade Arabica.
An Arabica or Robusta blend with Liberica would complete a full coffee flavour.

Liberica is rare because it was almost extinct due to coffee rust disease and it is very expensive due to scarcity.

There are two common species of coffee bushes, Arabica is the gold standard and widely acclaimed as producing higher quality coffee beans and accounts for almost three quarters of coffee beans sold in the world. It's common to see many brands proclaim that they are 100% Arabica blends as a quality hallmark. The characteristic and appealing aroma of brewing coffee comes from Arabica beans.

And Robusta which has more caffeine and is traditionally valued in Italy for it's ability to increase crema. It's also sometimes used to increase the caffeine in an espresso blend. Robusta is generally considered to have an inferior flavour profile to Arabica and usually commands lower prices and is largely relegated to use in lower quality, mass market instant coffee.

Robusta is a heirloom bean that was on the verge of extinction only thirty years ago and remains unknown to much of the world. It has a completely different flavour profile. Robusta are huge coffee berries tending towards somewhat intense smokey, nutty and dark chocolate notes in the cup.

Arabica is rare in North America but is said to have a dedicated following in the Philippines, Indonesia & Malaysia where Liberica was planted by colonial Spaniards in the 1800's.

Think intense, complex, unusual and possibly overpowering to get an impression of how Liberica is likely to taste. Liberica has a caffeine content between that of Arabica and Robusta and likely a similar acidity profile. A niche bean that will not appeal to many although it has considerable boutique potential if roasters are able to find roasting profiles that bring specific, highly valued flavours into prominence. 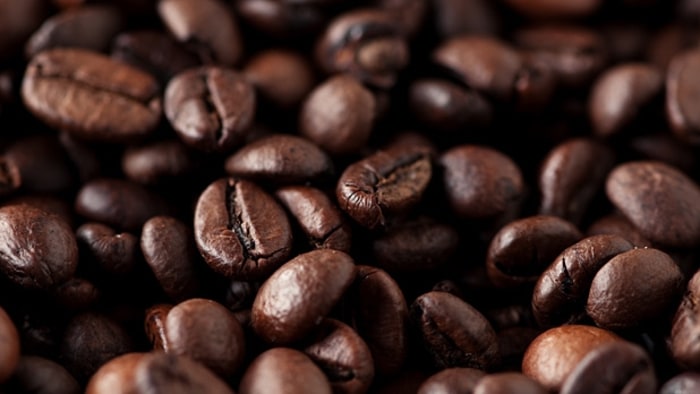 I am a new member of stackExchange. I grow liberica in Malaysia. I have been helping farmers reviving abandoned liberica farms and working to improve the milling process and the subsequent roasting.

There is a growing size of followers of liberica. We are well on our way to get into the specialty league.

To the coffee experts acidity is very subjective. It depends on where the beans originate, the soil type, and the subsequent processing. AS for me, a non expert, based on reaction of my tummy, arabica is generally more acidic. I develop gastritis on drinking arabica but it stopped when i switched to liberica.

18
What is the difference between Robusta and Arabica?
5
What are the differences in perceived quality of Robusta vs Arabica bean blends?
26
Are robusta and arabica the only bean varieties?
7
Why do my Arabica beans smell and taste of burnt rubber?
6
How do flavors like vanilla and hazelnut get into coffee
3
How much caffeine is in 1 teaspoon of ground Arabica coffee?