I own a Delonghi Magnifica ESAM 3300: 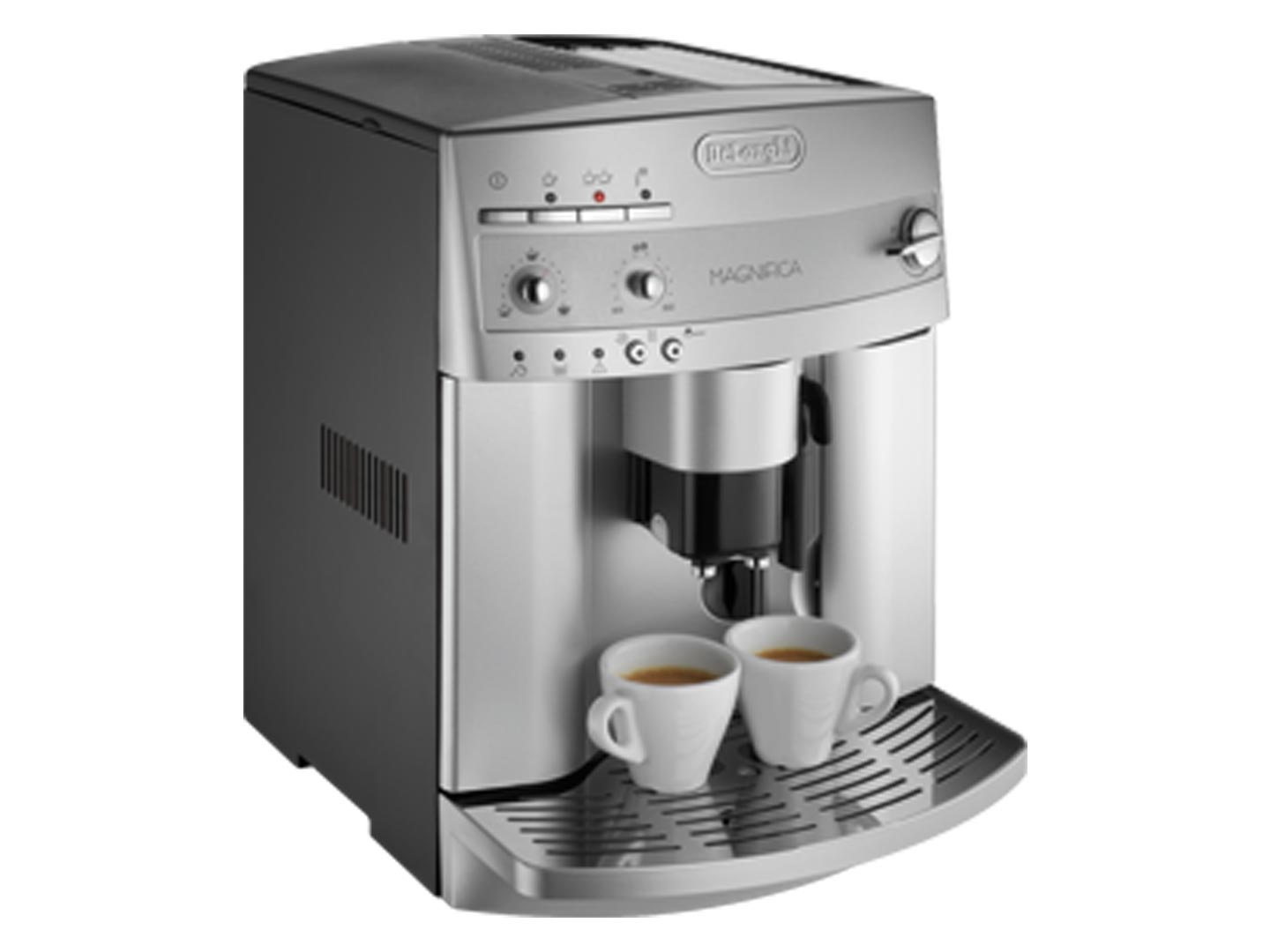 It has served me fine but it is like 10 years old. It has broken three times and twice I have been able to fix it myself (fittings). It is like $130 to just have it looked at and no guarantee it can be fixed (for less than the cost of a new machine). Given the age I am reluctant.

When it is turned on the motor engages to move the grinder for a few seconds and then just moves it back (to the bottom position). An electrical type override as I took it apart and there is no mechanical obstruction. When I had to send it in before for the exact same symptom they told me yes that is a start up check that failed. Same symptoms does not mean same failure but I was not charged for parts before.

Only place I can find a service manual is a Russian domain. I do computing for a living and the link to it is a script. I know not to click it.

Any advice on how to fix this or how to get a service manual?

I'd start by contacting their customer support for a service manual and for tips on this particular problem.

The key idea in debugging (diagnosing) is to think of hypotheses that could explain it, and ways to test those hypotheses, then do the tests.

E.g. for this symptom, my first hypothesis is that there's a switch or optical sensor or other sensor to protect the mechanism, and the sensor could be clogged or covered with gunk.

It's good to think of multiple hypotheses and tests to distinguish between them. So here's another: The mechanism itself could be clogged with gunk, and after detecting too much load or force, the control software backs off for protection.

A test for both of these hypotheses is to open the machine and clean the works. The difference between the two hypotheses is whether it's the sensor or the mechanism that needs cleaning.

The service manual would help with hypothesis generation and testing. What start up checks does it do? What & where are the sensors? What parts need to work properly for the grinder engagement mechanism to work?

Another hypothesis: The mechanism needs lubrication. The service manual should indicate what to lubricate, what not to lubricate, and what lube to use. Or you could guess.

Another hypothesis is a rubber O-ring has worn out or broken. This is also consistent with what you've written, i.e. your existing experience can rule out some hypotheses. It can also make other hypotheses less likely, e.g. if the cause is the same as last time (not a sure bet), a burned out motor would've cost you for parts, while a worn out O-ring might not have.

Also: There are local and online repair clinics to help with appliance repair.

It's worth trying. In the worst case, you spend some time and learn something.

Here's a blown-apart diagram, and possibly every part inside the machine:
https://www.appliancefactoryparts.com/smallappliances/delonghi/esam3300-ex-d.html

The infuser (the grinder is what you put the beans into) moving slightly down and back up upon plug-in is a successful self-check. When you turn the machine on the infuser should move all the way to the top-most brewing position then the machine should perform a warming rinse. If the infuser moves when plugging the machine in, but nothing happens when you press the power button, then the infuser is fine and your control panel has most likely failed (ie. the power button simply isn't working).

In regards to the service manual, no such documentation exists for Delonghi machines, at least not created/supplied by Delonghi.

Not the answer you're looking for? Browse other questions tagged espresso-machine or ask your own question.