How can I improve this latte?

I have this Delonghi espresso machine. After much trial and error, I have got to the point where my I am able to make cappuccinos and lattes with a milk texture which is pleasing to taste.

In order to make the textured milk/microfoam appropriate for a latte, rather than a foamy cappuccino, I had to remove the metal sleeve on the steam wand as this was preventing me from directing the wand precisely enough to swirl it into a microfoam.

However, I have the following issues:

Is it possible that the machine itself is simply not good enough, or do I need to improve my technique?

Here is my latte: 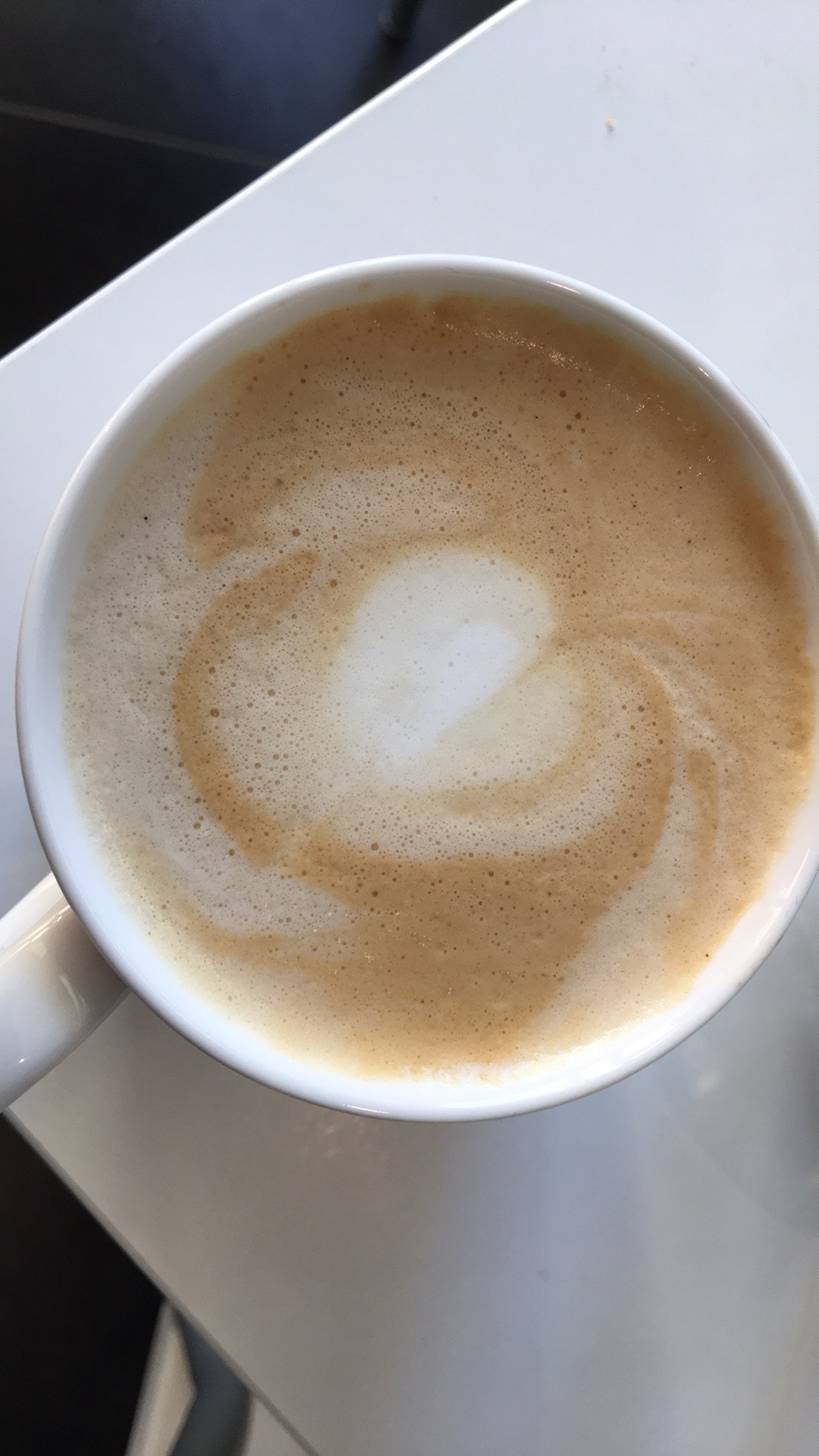 And here is the sort of result I'd like to be able to achieve: 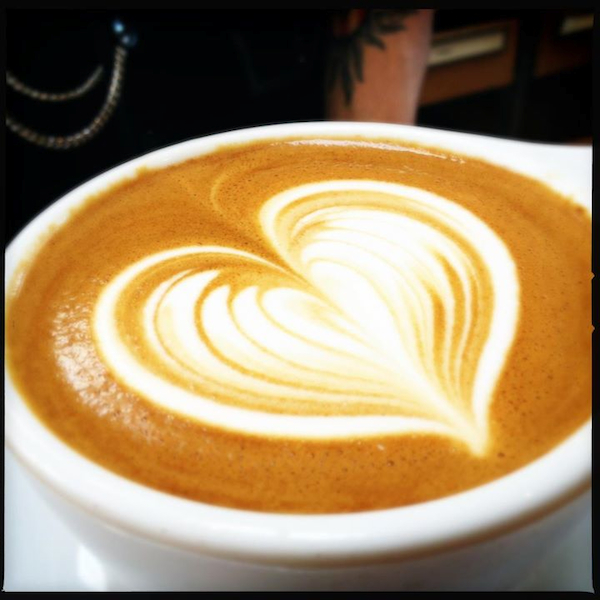 EDIT: Here is the type of milk pitcher I am using: 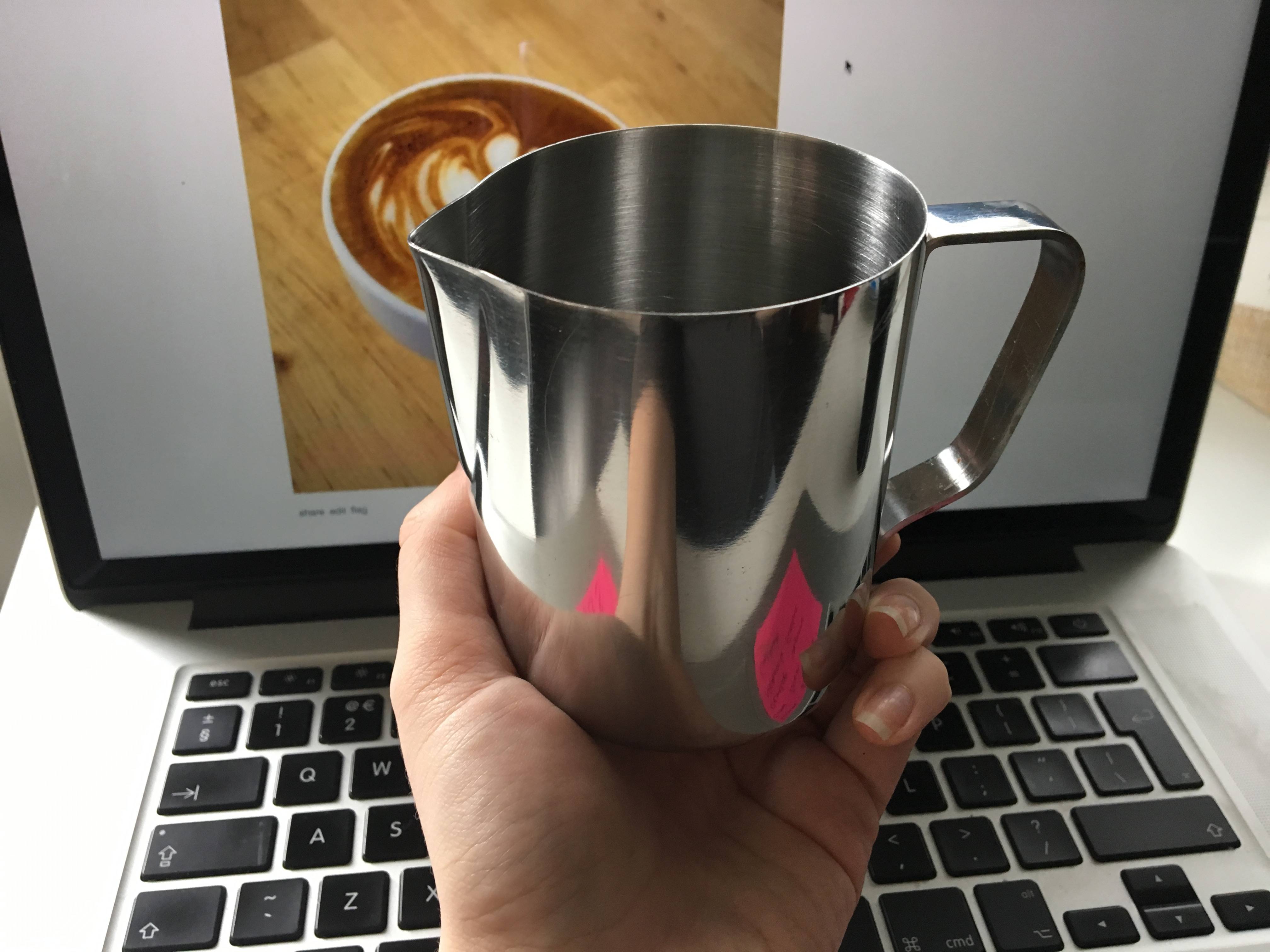 I own this machine and have since moved on from it for the exact reasons you stated.

It is possible to create microfoam that is good enough for making clearly defined latte art on the Delonghi Dedica but it requires practice (as would doing the same on any machine). You did the right thing by removing the metal sleeve but the main problem is that the steam power is relatively weak and so it makes it harder to create the vortex required to properly incorporate the aerated milk. Focus on trying to create a spinning vortex/whirlpool type effect in your milk as this is the most important step in ensuring you end up with silky milk.

For good latte milk, you should not over-aerate. A good starting point is simply raising the height of the milk in your pitcher by about a centimetre. Once again, however, it will require practice and even then it may not be perfect due to the lack of steaming power this machine has.

The Delonghi Dedica also uses a pressurised portafilter basket which means that the crema you find in your cup is a result of artificial pressures produced inside the basket (similar to how Nespresso machines make their 'crema'). You can attempt to create darker crema by making the pressurised basket not the limiting factor of extraction by grinding finer (but not so fine as to choke the machine).

Temperature-wise, you want to ensure that your portafilter is heated by running empty shots through it as it will cool down the shot as it moves through the portafilter. The steam is also not as hot as commercial machines as they have dedicated boilers for the steaming rather than interchanging between functions within a few seconds like the Delonghi.

In conclusion, if you enjoy your coffee the way you make it, stick with the Delonghi Dedica but if you put a lot of value in the quality of the crema and being able to pour latte art then you might want to consider an upgrade or investing more time into practicing milk steaming.

I've steamed milk on my friend's Saeco Aroma, which seems to be in the same class as your Delonghi, and was able to get good microfoam. Aside from getting some pointers along the way, the key is practice. It took me years to master consistently steamed milk worthy of latte art. You'll probably get something decent if you keep working at it, but then you'll lose it, and you'll go back and forth in that cycle (unless you pick up a job at a coffee shop and make 100 drinks/day). Anyway, here's some pointers to get you started.

Here's a picture of my latte art as credibility. 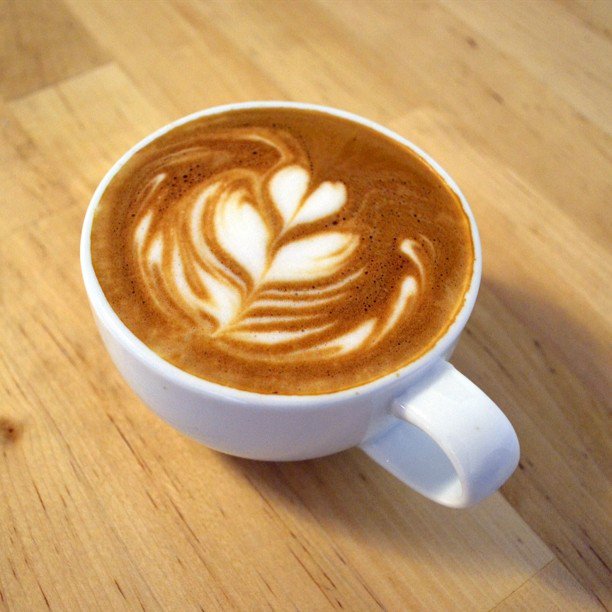 "I still can't get a fine enough foam to produce latte art."

If you are not satisfied with your milk foam because of the small bubbles on the surface, then try to "bump" the pitcher (knock the table with the pitcher). It will remove the bubbles and it will make foam more uniform.

"My espresso and its crema do not seem dark enough to produce the contrast in colours you find in good latte art from a cafe."

The answer is classic: fresh ground coffee (better use real burr grinder), with some robusta (20-30% it gives better crema), for darker color just find proper beans (you can try to buy beans in the coffee shop to compare your result with their result)

"I cannot seem to get the coffee and the milk to as hot a temperature as you get in a cafe - even if I pre-heat my cup. Could this because many cafes serve their coffee too hot?"

Probably the reason is the milk's temperature, not the espresso temperature. After getting enough of foam, put the steam wand deep down into the milk, it will warm it more.

I have had this exact same machine for about 1 month and am realizing that it is just much more difficult (so far impossible for me) to get art-quality micro-foam out of it for two reasons:

1- Steam is not consistently strong enough, and 2- The wand (after you remove the panarello) is too short

However, it makes tasty espresso, tasty foam (albeit not art quality) and the form-factor and design elements of it is pleasing enough for me to keep it and still enjoy it.

Anyway good luck and please let me know and share your tips if you succeed, as I could leverage your learning.

On a final note, with a considerable amount of effort, it is possible to swap out the wand for a professional one. See the explanation and the video below (Note: I have not yet done this mod to my own machine)

I'm finally able to steam milk to perfection and make acceptable latte art with this machine. You have to remove the panarello of course. Here is a sample picture. 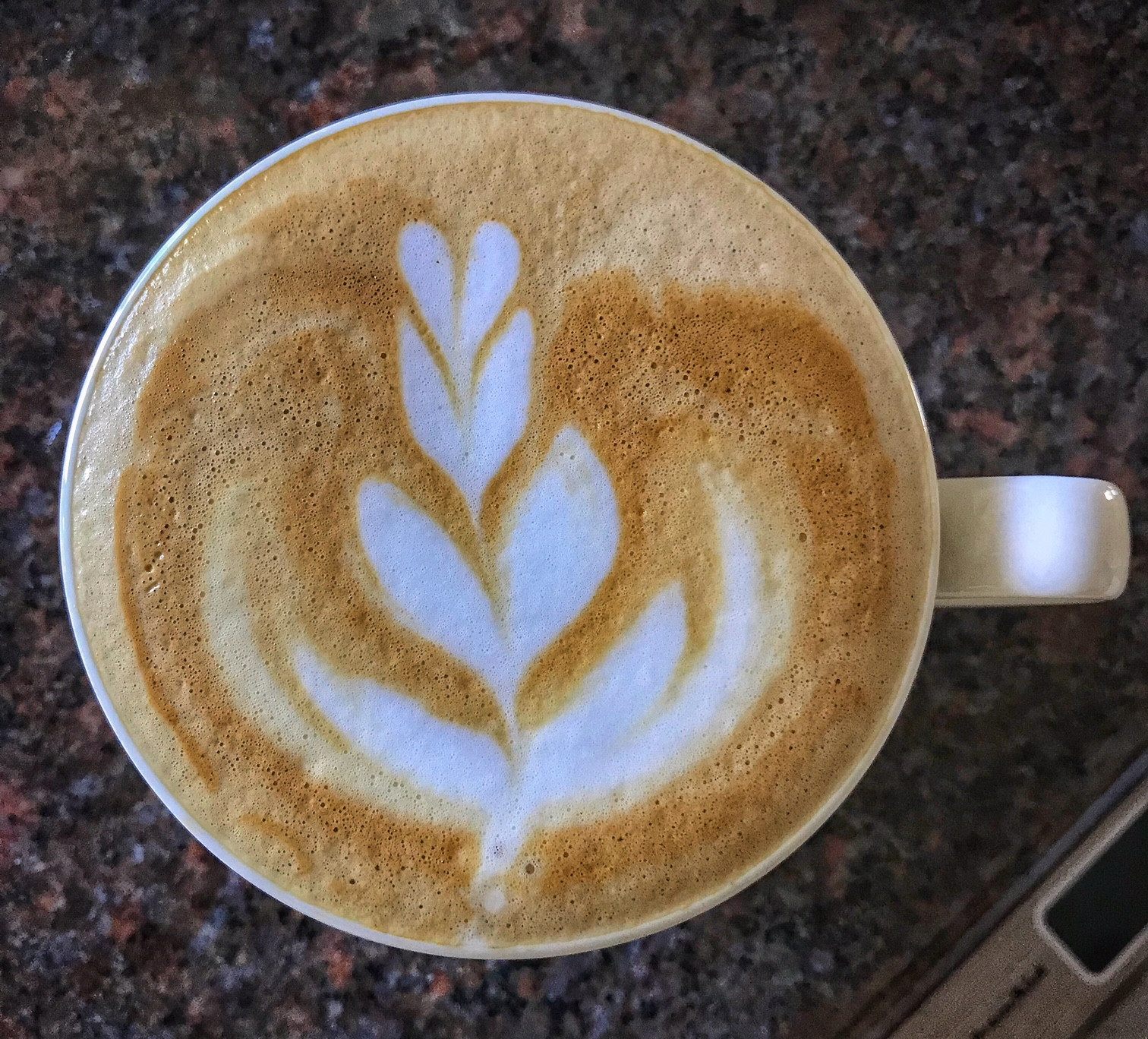 Not the answer you're looking for? Browse other questions tagged espresso espresso-machine latte steamed-milk latte-art or ask your own question.

3
Getting the sound of really good micro bubbles

11
What qualities do I need from an espresso machine or steam wand in order to produce good latte art?
10
Can you practice latte art with UHT milk?
20
What is the next best milk substitute for a latte?
4
Delonghi Dedica rubber wand is propelled into milk pitcher
6
Pannarello wand on Delonghi Dedica EC685 for latte art
2
Best technique to make latte art with an Aeroccino 3?
1
Problems with latte art: too thick to draw
2
Piece that goes screwed in my steam wand
1
Milk appears to separate from steaming, how do I fix this?
1
Looking for a good pod coffee maker