Why can't I have enough crema with my espresso machine? Doesn't it provide enough pressure?

It seems my machine doesn't create enough pressure because I can't create a decent crema.

The machine heats up water which increases the pressure and eventually the water makes it through the coffee.

I tried compressing the coffee so it's more dense and more difficult to penetrate.

This lead to a longer time till the first drops of coffee started pouring but still no crema. 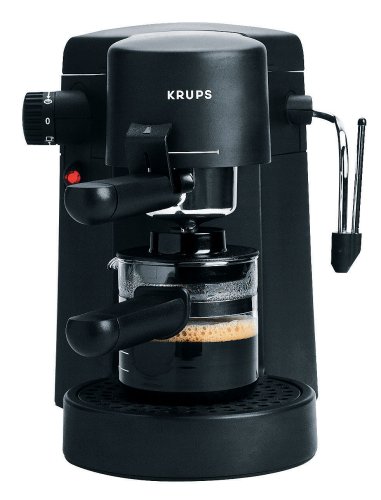 First things first, the ingredients of the crema is partly the answer of this question.

The foam on top of any coffee beverage (espresso, Turkish, aeropress or any other) is formed simply the same. A lipid/water emulsion forms the outer sphere and some gas is inside this sphere. All these spheres stick to each other with tiny coffee bean fragments invisible to human eye. Let's focus to the gas. The gas is mostly Carbon dioxide that is produced during the Maillard reaction when the coffee beans are roasted.

Ok, now we know the chemistry behind. There are three (actually four, but water is there all the time) main contents for our recipe to produce crema:

Normally, after roasting the beans, it is better to wait for two to four days (based on many criteria just like bean type, roast level, brewing technique, etc.) for the Carbon dioxide level of the roasted beans to settle. Then, the flavor of those beans will be delicious. After that time, Carbon dioxide fades away and the roasted beans start to stale.

It is also known that water pressure affects the crema volume, but should not affect as much as you mentioned here. Even at 7 bars, a decent crema forms according to this study.

And a note, if your machine has difficulties producing enough pressure, more tamping will probably results over-heated water flowing very slowly through the grounds, causing them to burn and all of the lipids to evaporate, could not form the spheres of the crema. As a result, you probably worsen the crema production, coffee odor fills the room but you cannot drink that flavor. Now, all you'll get is boiled coffee juice.

TL;DR The amount of crema is mostly correlated with the freshness of the coffee, not the pressure.

Ok I tell you how to solve this. The most likely cause for this problem is the matter not having descaled your machine frequently enough. As a result the water temp won't reach the desired degree. What I do (I have regularly descaled but our water was way harder than I thought) Do everything as normal but just before starting the process switch to hot air (milk) but not for too long (in my Krups pump is 5-6 seconds) You have to figure out how long your machine needs. It makes the water get hot enough to get the oil out. I do have light brown thick crema just as I used to have when I bought this machine 2 years ago. If you do it right the espresso would flow as normal. If it start to come out and steam with a vengeance then you left it for too long on hot air

Not the answer you're looking for? Browse other questions tagged espresso coffee-machines crema or ask your own question.

10
Generating Crema with a manual machine
10
Downsides of brewing espresso with high pressure?
10
Steam-Powered Espresso Machine: Crema?
13
Stainless steel moka pot with a crema valve for espresso-like crema
8
What is going wrong with this Espresso shot?
2
My Jura coffee machine doesn't pour espresso
2
My home machine is broke. The single basket works but the double basket doesn't. Can baskets be broken/worn out?
3
Should any coffee be extracted during pre-infusion?
3
Least Expensive Way to Make Decent Espresso-based Milk Drinks?