Why do aeropress columns get abrasions, or scars, near the top?

A friend and I both have aeropresses that have been through 2-4 years of use. I noticed that mine has what looks like coffee-stained abrasions near the top of the column, furthest away from the filter. This is usually the region where the water surface is at longest, before I end up pressing it. No amount of washing seemed to get rid of the abrasions so they must be baked in to the plastic now. My friend confirmed he had a similar experience with his. Due to the rugged surface, it probably increases the chance of upward-leaks while pressing down on the plunger.

Is this due to some reaction occurring (unlikely I would think), or is it due to heat rising to the top (also seems somewhat unlikely to me)? 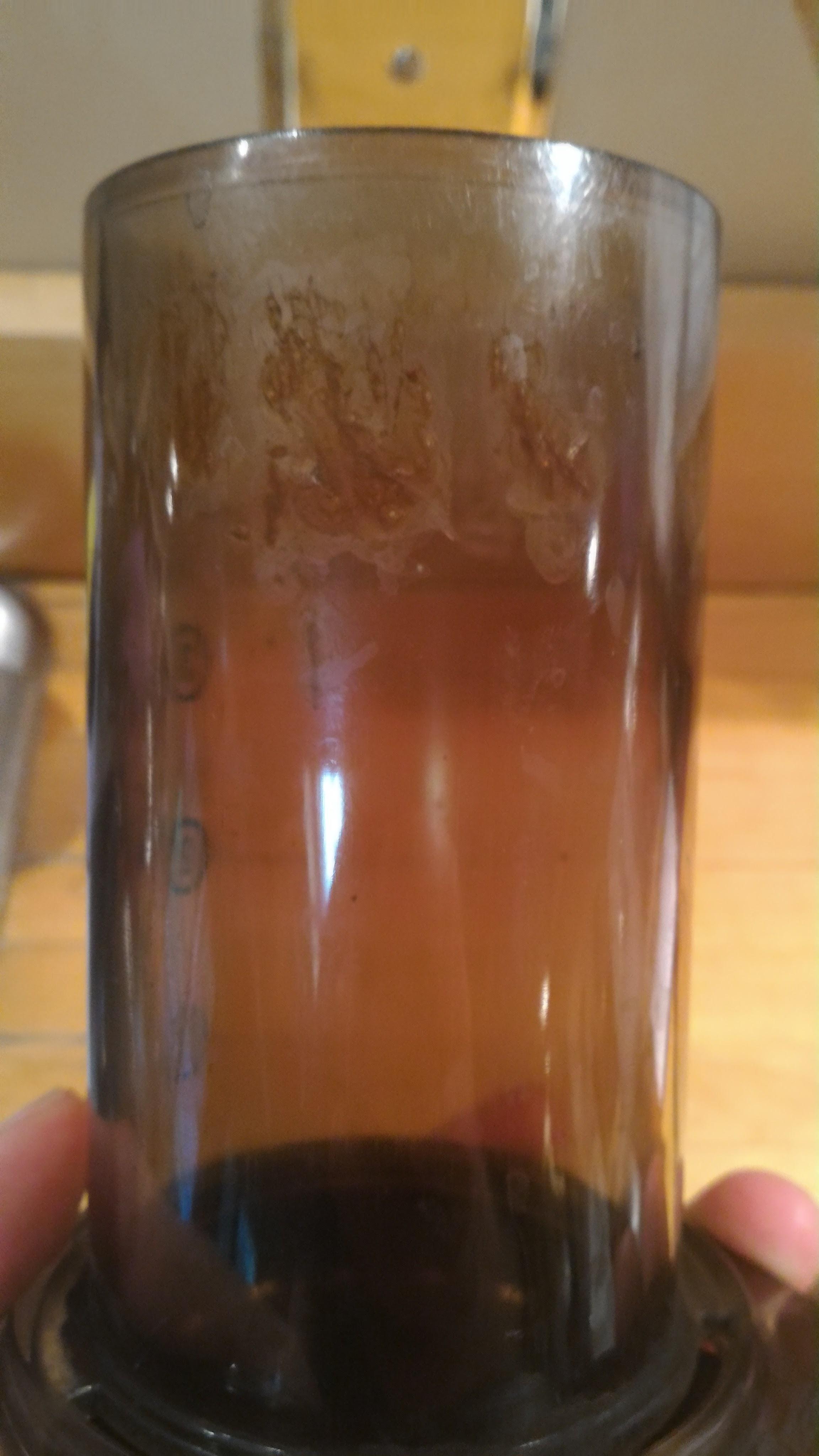 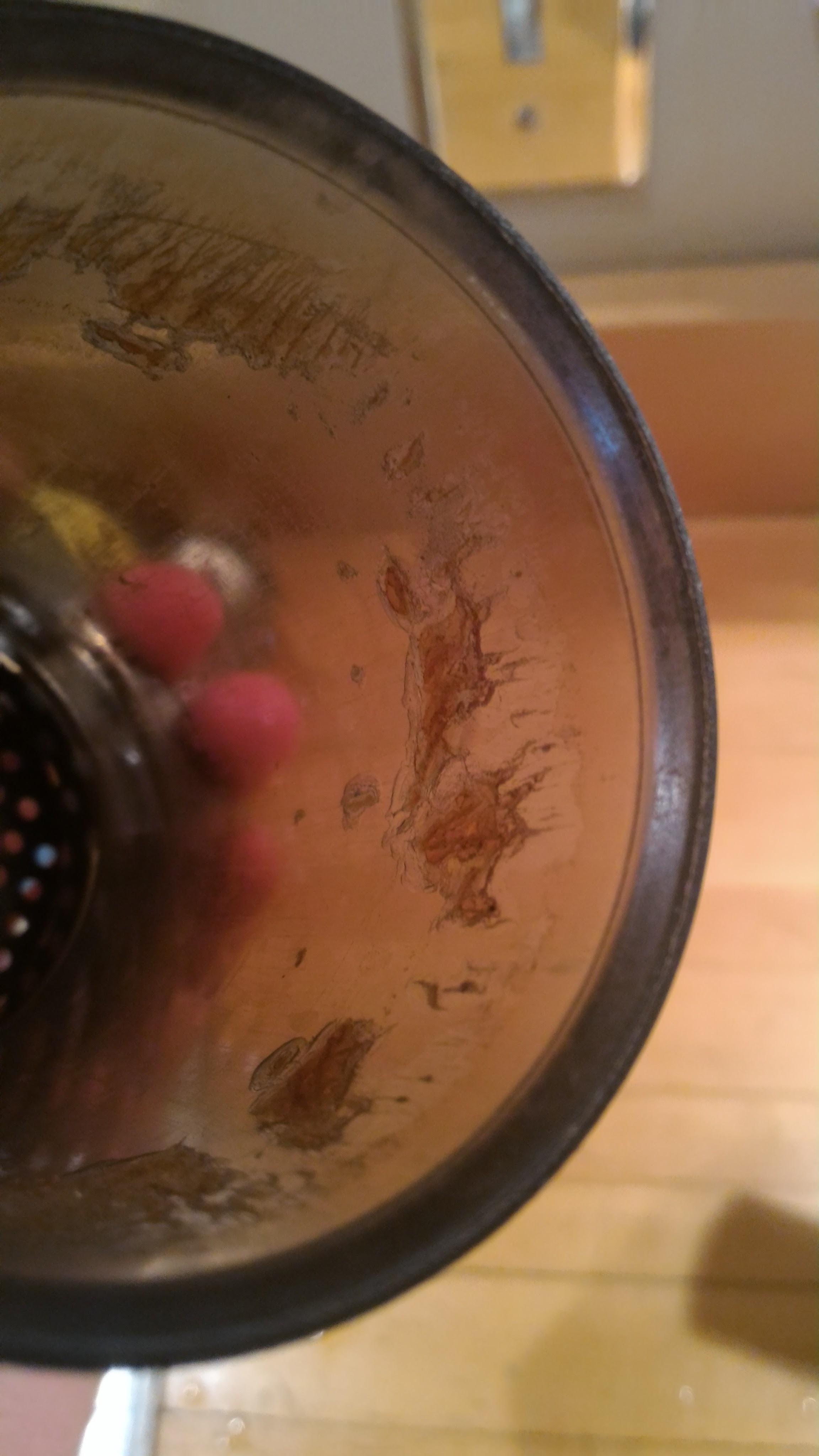 However I cannot understood the scars definitely, I would like to offer a solution to the scars I thought:

Easiest way to clean the grounds is rubbing the surface of the rubber ring by your finger under warm water for a few seconds.

Edit: After I see the photos, my guess is, these scars are caused by the scratches first, then the polished surface of the plastic is peeled off by heat. I assume you may continue to use it without problems. For other people with brand new aeropress, my previous advice still holds: try to wash away residual grounds off the rubber ring.

A couple years ago I emailed AeroPress because I had gone through two presses with a similar problem. In my case, the cylinder had developed heavy abrasions that affected the plunger seal. Here's my original email and photo attachment from 2014:

I really enjoy the AeroPress, but over the past three years I have had to purchase 2 presses because of damage to the inner lining of the cylinders. After about 6 months or so of use, scratches and then cracks appeared in the cylinder walls.
Attached is a photo of my second cylinder. Even after carefully cleaning it after each use it is now so scratched that it will not allow the plunger to hold a good seal.
Would you be willing to replace my damaged cylinder? 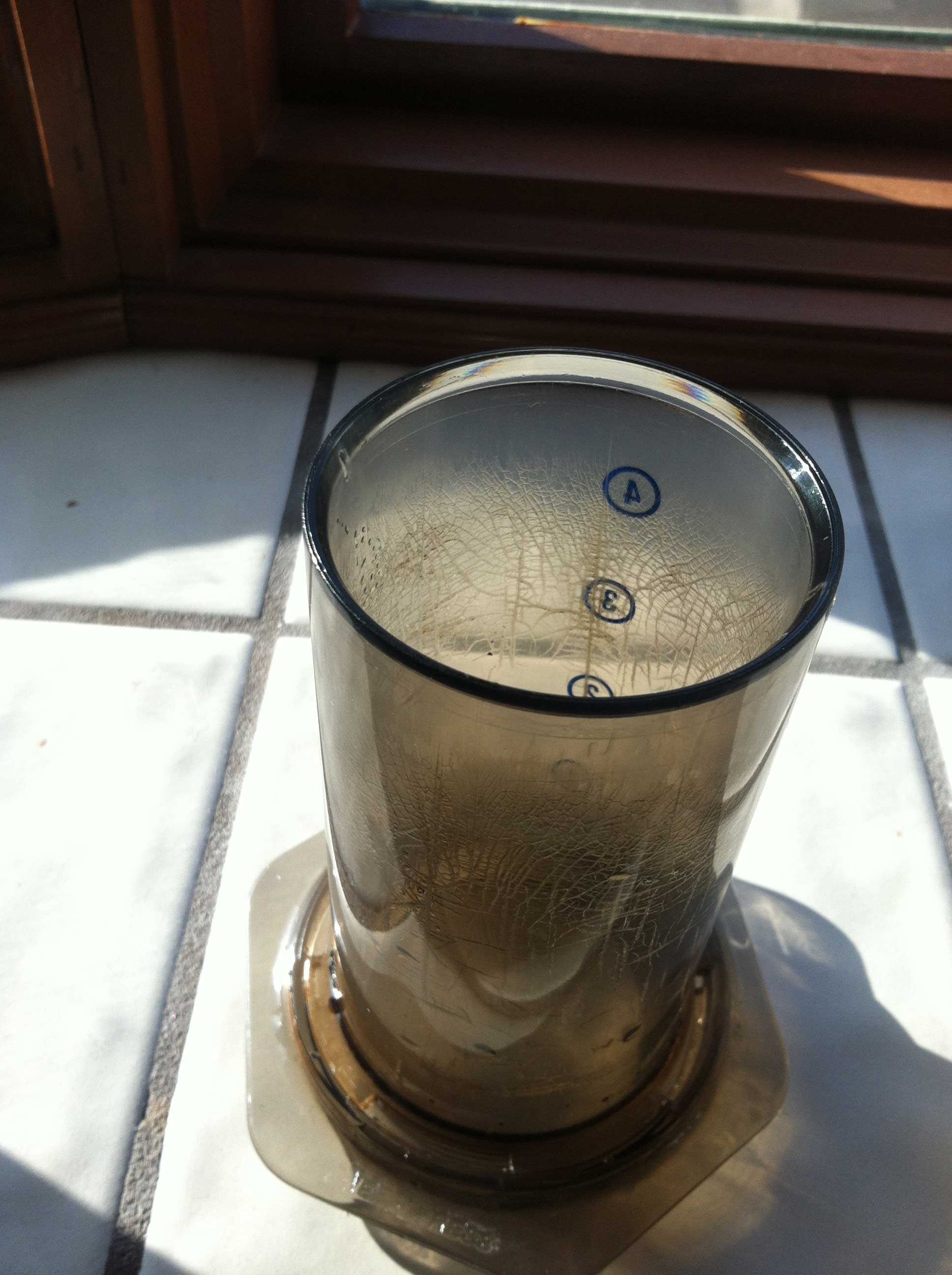 Here is the AeroPress response:

The crazing shown in your photo is a rare occurrence with an AeroPress coffee maker. I know you have been unlucky to have it occur twice but it really does happen way less than 1% of the time. We are working to learn what manufacturing process conditions coupled with certain use conditions cause the problem. Send us your mailing address and we will send you a replacement chamber plus a new seal so we can make sure we get your AeroPress back to working properly.

AeroPress did send me a replacement and it developed the same "crazing" (as AeroPress described) after 9 months. I was going to write to them again, but I had an extra AeroPress that I'd purchased for my son, but he'd never used. I've been using this press for over a year and although it has developed a few scratches the plastic seems to be holding up as I would expect.

Anyway, hopefully this adds a bit to the info/background about this issue.

After seven years of using the AeroPress (starting in 2011), it looks like I've FINALLY obtained a durable version that lasts more than a year. My current AeroPress (shown in the photo below) started brewing coffee on 22-MAR-2017 and is still going strong, with NO damage to the cylinder. The cylinder's milky, opaque plastic differs from my four (4) previous AeroPress cylinders, which were all smokey, clear plastic (like the 2014 photo that I sent to AeroPress). All of the smokey, clear cylinders developed abrasions (what AeroPress called "crazing") after 6-9 months of use and all became unusable (not holding any pressure) after 9-12 months.

Nothing about my coffee preparation (using ground Peet's coffee and water heated to the 180 degrees) and clean-up process (wash everything immediately after each brewing) has changed, so I feel confident that something about the cylinder's chemical composition and/or manufacturing process has been modified to cause this positive change. :-) 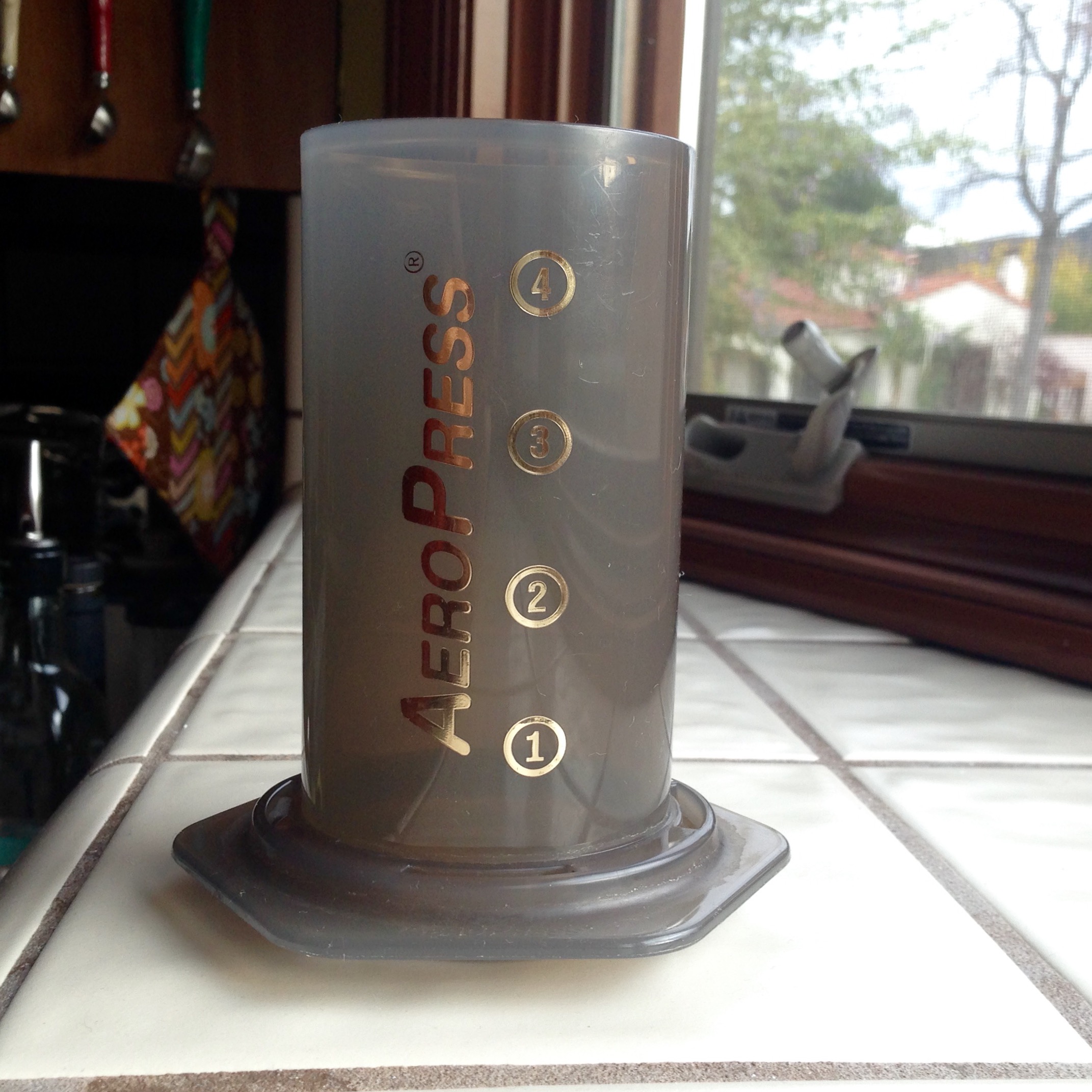 Not the answer you're looking for? Browse other questions tagged aeropress chemistry or ask your own question.

33
What is the hexagon funnel shaped thing that came with my aeropress for?
36
What's the most effective way of generating crema from an Aeropress?
5
In terms of taste, what is the correct way to produce a full cup of coffee using an AeroPress?
6
Does using an Aeropress keep more of the coffee oil (crema)?
1
What is the reason that Aeropress coffee is more digestible?
4
Aeropress: How to accent the caramel flavor and decrease the acidity of my beans (Burundi)?
1
What was the minimum amount of grind that gave you a decent enough quality of coffee in an Aeropress?
2
Manual grinder that fits inside the Aeropress
2
Aeropress: does filling it full with water increase the caffeine content of my cup?
1
Aeropress: Does inverted method cause premature wear of the rubber plunger gasket?