I would like to know if ghost/crushing burrs produce better particle uniformity than conical burr grinders.

Ghost burrs are particularly not so popular in the US, but some notable brands are from Fuji Royal in Japan, and some steel-manufacturing companies in Taiwan.

Conical burr grinders are used by Breville and Baratza (at least the most legitimate ones). I particularly use the built-in grinder on my Breville, and the uniformity is great, but I'm attracted to the ghost-burr grinders by Fuji Royal and Yang-Chia (amongst other competing companies in Taiwan).

Has anyone owned either of these kinds of grinders?

In theory a hybrid burr set where a flat burr is followed by a conical burr would be ideal, combining advantages of both burr types. In practice though there are many confounding factors in grinder design and world class grinders can be found with all types of burrs. Some of the best grinders in the world made by Ditting is Switzerland use large precision flat burrs rather than conical burrs.

Conical and hybrid grinders are more expensive to manufacturer and are therefore less common in cafes. But that is not to say that a conical grinder like the Mazzer Kony /Robur is not a superb grinder just because it's flat disc burr brethren vastly outnumber it. It can be said that conical burrs are seen more often in higher capacity grinders. Some other well regarded commercial burr grinders include Cimbali, Mahlkonig and Bunn.

In practice though there are many confounding factors in grinder design and world class grinders can be found with all types of burrs. Some of the best grinders in the world made by Ditting is Switzerland use large precision flat burrs rather than conical burrs.

What can be said is that industrial production roller mill grinders put all of the burr grinders to shame, producing the best particle size uniformity of all. However these room filling behemoths, with similarly large price tags are impractical for use in cafes or even small to medium scale industrial coffee grinding where burr grinders dominate.

To answer the question posed then, no. Peg discs do not produce superior particle size uniformity than true burr grinders - conical or flat disc. Quite the opposite in well established by myriad reputable sources and can be seen in plots of particle size distribution.

The flat (non burr) disc grinder crushes /fractures coffee beans in a less predictable manner than precision burrs that have a more consistent and more sharply delineated size reduction path. Excessive fines can be thought of as unwanted dust arising as a byproduct from a less precise size reduction 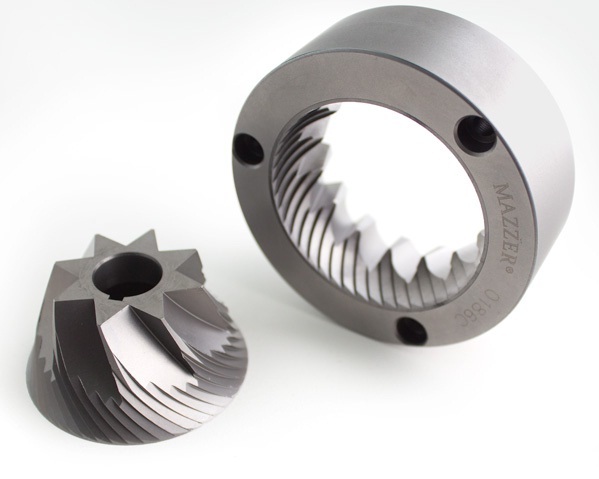 The short answer is just no, because you can't really say any kind of burr is better than the others in absolute terms.

Flat burrs tend to produce more uniform grounds and some prefer this profile for pour over, while conical burrs tend to produce more fines and some prefer this profile for espresso, but there's no way to objectively say any of these is the better one. Also, the burr shape is just one of the many factors of the grinder design and operation that affects the output particle distribution. Just the burr design alone won't reliably predict the ground coffee profile.

So whatever a ghost burr could be, the answer was destined to be no, they are not "better". With that in mind, we can still talk about what a ghost burr can do differently and why someone would choose one.

What is it and why try one?

A ghost burr is kind of an obscure classification because there aren't many of those around and, to be fair, they aren't that much different from regular flat burrs. People tend to define a ghost burr as a flat burr that has its blades very protruded and following a "teeth" pattern, as if the goal was to crush the beans instead of cutting them.

For example, you can compare the "teeth" of a Fuji Royal ghost burr versus a regular bladed flat burr: 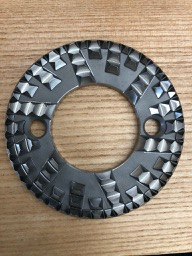 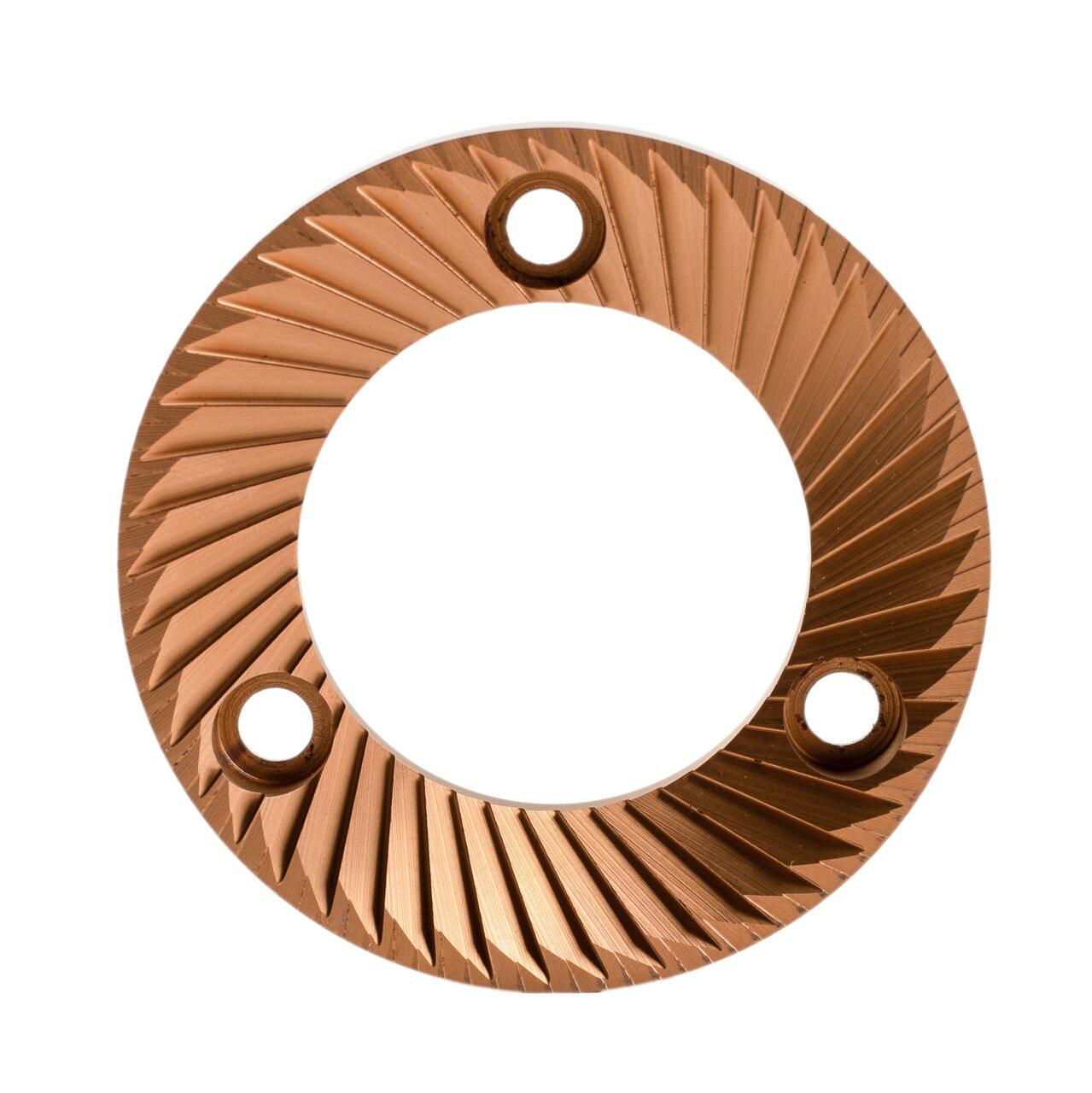 The different geometry has a few implications. Because the teeth are so tall, you can't really put the base of the burrs too close, so these burrs are usually incapable of providing fine ground enough for espresso. They are mostly for pour-over coarse grinds and above. As for uniformity, it is kind of hard to say in absolute terms if a ghost burr produces more uniform particles than a flat burr because the grinder RPM plays a major role on this as well, plus other factors like retention and popcorning and so on.

The only safe conclusion is that the particle size distribution produced by a ghost burr is slightly different from a regular flat burr and this could yield a different (not necessarily better!) flavor profile.

Not the answer you're looking for? Browse other questions tagged grinder or ask your own question.

7
Are high-end cone grinders adjustable?
11
Blade grinders: any advantage over burr grinders besides cost?
3
What grind setting should I use for french press using a Capresso Infinity conical burr grinder?
7
How should I clean my burr grinder?
0
What are the good industrial roasters and grinders ?
0
Best Grinder for DeLonghi Dedica EC685
0
Eureka Mignon grinders and dosing cups?
2
What mechanism in premium manual coffee grinders allows coffee grounds to come out uniform?
1
Do all burr grinders statically-charge the grinds?