Purpose of Hole in Moka Funnel

I recently switched from a Bialetti Moka Express 3-cup stovetop espresso maker to a Cloer 5928 espresso maker. It has an integrated heating unit, just like an electric kettle, so making a coffee is now much more energy-efficient.

The coffee from the Bialetti was flawless (using a medium-fine grind of Starbucks espresso roast beans). Now I have a difficult time producing coffee that is not both overly thin (underextracted) and has an odd taste that I can't even describe (perhaps from overheating the ground coffee?).

The new espresso maker takes some time to heat up (365 Watts of electric power), and then the coffee is pressed through relatively quickly in short bursts.

Having a look at the funnel, it has a hole, unlike the funnel of the Bialetti. My questions are: 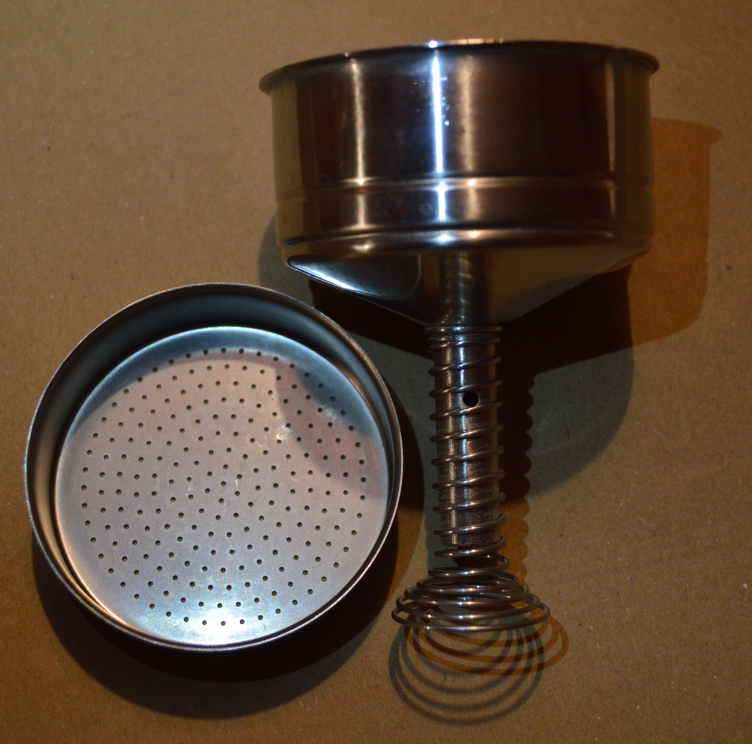 Just guessing here, but the hole could keep the water from going up until it reaches a certain temperature. The amount of pressure from the steam varies on the temperature of the water, and if there weren't enough pressure, the water would recycle. However, if the pressure were greater, the velocity of the water would prevent it from dripping out of the hole.

This could explain the bursts, since the pressure would rise and fall depending on the amount of water it pushed out. The more water that escapes, the more room there is left behind for pressure to fill.

Also, you mentioned a weird taste. Could it be metallic? If so, you could try letting the base sit in a strong coffee/water mixture for a couple days. The moka pot needs to be seasoned to prevent this taste, so I would recommend not washing it with soap - just rinse. My grandmother has never washed hers.

My guess is that this particular machine might be defective. No such hole can be appreciated on the amazon page or in the manual, and should that be actually a hole, physics may make it hard for such a machine to brew coffee properly (edited) .

Can the hole in the funnel have anything to do with the underextracted coffee?

What could be the purpose of the hole anyway?

Either it is a defect, or is (part of) a valve meant to stop the water from circulating until a pressure threshold is reached.

A bit more in detail:

A Bialetti/Moka pot brews when the vapor pushes hot boiling water through the ground coffee, and stops brewing when the water level decreases down to the funnel tip and vapor finds his way out making that sound.

A hole in the funnel is like a hole in a drinking straw. Liquid won't be pushed upwards once the hole is not submerged anymore.

I guess any coffee you are brewing is from vapor that has condensed in the upper vessel instead of escaping.

Some pots are designed to only brew above some pressure. For example they might have a pressure valve which is like a hole with a spring that keeps a cap pressed until the pressure is reached.

In this case we see a spring, but it looks it is just intended to facilitate the funnel extraction.

Also such valve would operate in the opposite direction: At the pressure threshold it would close instead of opening.

P.D. The OP noted he found images through google where such hole could be found. I found http://www.ebay.de/itm/DEFEKT-Cloer-5928-Espresso-Kocher-/331539918656 but it is a bit unclear if such item is defective as well (disclaimer at description). Also hole seems to be a bit higher and a bit more narrow. 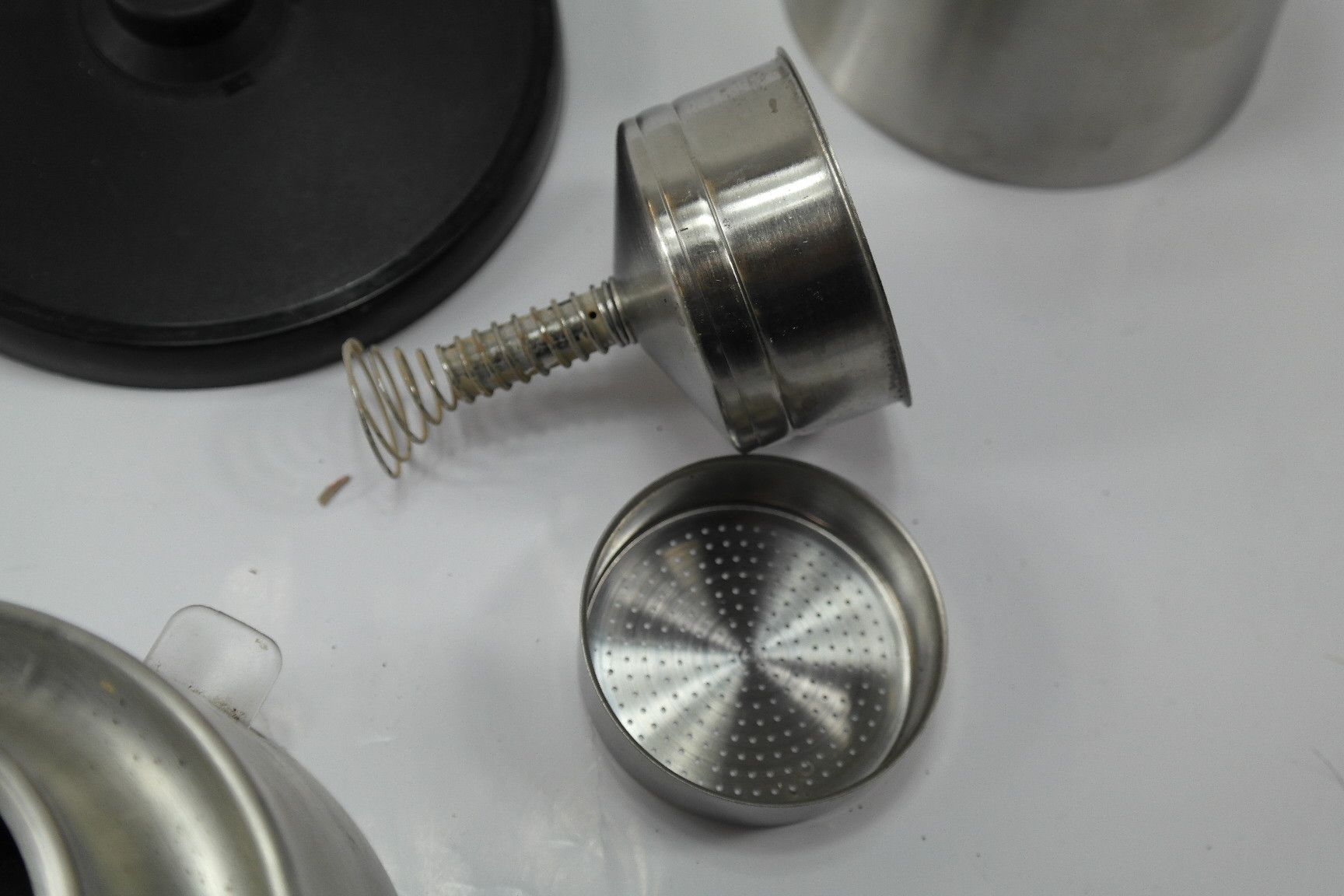 the intention of the hole at the funnel is to avoid water coming up to early and to increase the mocca temperature. Some water will come back through the hole and give the water more time to boiling. The hole has nothing to do with the safety valve which you can see below the thread at the lower body. From the taste there is not big difference having the hole or not. With the hole the mocca is even a little stronger, boiling time is a little longer. Question: Did you use the same coffee amount at the Cloer and Bialetti and weight it? Can you increase the coffee amount (but do not press it)?

Not the answer you're looking for? Browse other questions tagged moka or ask your own question.

8
Moka Pot Buildup
6
What is the purpose of the crimp on a moka funnel?
4
Coffee in bottom chamber of moka pot?
1
Moka Express Pot, rusting?
2
Improving my Brikka moka pot use
1
What does moka pot cups mean?
1
Leak in base of Moka pot
2
Is this moka pot safe?
3
Spots on Moka Pot, I suspect they are mold